A new meaning to the term "Brain Drain?"

Academic life may be sedentary, but new research suggests it is both mentally and physically fatiguing. Macora and colleagues (2013) randomly assigned adults to either watch documentaries or perform demanding mental tests. Ninety minutes later, both the film-watchers and test-takers were asked to hop on an exercise bike and peddle for long as they could. Despite the fact that both film-watching and test-taking were equally sedentary, the test-takers ran out of steam and stopped peddling long before their film-watching peers. Importantly, although test-takers reported feeling more tired, both film-watchers and test-takers chose the same level of resistance on their bikes. In other words, even though the test-takers knew they were feeling drained, they didn’t adjust their expectations to match their energy levels. Instead, they chose to work just as hard as folks who weren’t feeling tired. 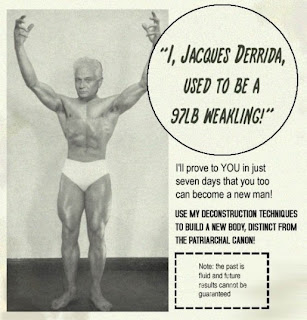 So what does this research have to do with writing productivity?  First, these data underscore the physical fatigue that many academics report at the end of a long day of writing.  Although we may have “desk jobs” that doesn’t mean we aren’t working hard. The next time someone says “you academics have it so easy” remind them that cognitive labor is physically demanding too.


Second, these data suggest we could learn a thing or two from people who exercise for a living. Just as
competitive cyclists don’t ride at top speeds every time they train, academics shouldn’t expect to work at 100% of mental effort all of the time, every day.  Athletes vary their training over the day, the week and the month to maximize endurance and performance. For us “mentathletes,” balancing more demanding tasks (e.g., writing) with less effortful responsibilities is key to maintaining our productivity and stamina. The next time you’re planning your day, consider these data and try to alternate your high/low demanding tasks to maximize your productivity across the day.

Finally, these data should remind us of the importance of healthy self-care. Eating, sleeping, and exercise are not “luxuries” – they are required for healthy human function. In spite of our academic culture of heroic stamina, we are only human. If we want to be mentally productive we need to be physically healthy. And when we are feeling fatigued, we need to cut ourselves some slack. Rather than beating ourselves up emotionally, we should acknowledge the mental and physical effort we put into our days. Instead of pushing through and failing to meet our goals, we should reset the resistance on our proverbial bikes to a lower level to stay on the path to success.


Want to see the original study? Follow this link: http://jap.physiology.org/content/106/3/857.long.