You Are The Experiment; Your Behavior is the Data 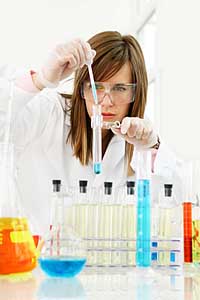 Last week I gave 5 talks in 4 days; two to faculty at UC Berkeley and two to graduate students at the same institution.  The fifth was a talk at Stanford to the engineering graduate students.  Although it sounds like a marathon, it turned out to be a perfectly delightful experience, because of the people in the audiences and their enthusiasm for what I had to say.  This is one of the phrases that I ended up saying to them repeatedly in response to certain questions:
“You are the experiment; your behavior is the data.”
Let me explain what I meant by that.  But first, for you non-science types, let me review with two sentences.  Every experiment involves a hypothesis.  You test the hypothesis by getting data.
For example, you wonder which food ants prefer; honey or sugar.  You may hypothesize that they prefer sugar, because ants don’t want to get stuck in the honey.  You put out the honey and sugar, and count the number of hungry ants that run to each food.  Their behavior is the data.  It’s not bad or good, it’s just a fact.  (I actually have no idea which one ants prefer.  If they’re on a diet, they eat Stevia.)
Most people see their own behavior as good or bad.  “I didn’t write, therefore I’m bad/lazy/unfocused/good-for-nothing.”  This is not good for you.  Instead of judging yourself, I’d like to help you see your behavior as data, just like the ants’ behavior was data.
Why does it matter how you see your behavior?  First of all, what you say to yourself about your actions influences how you feel.  If you say that you’re unfocused, write poorly, and should never have gone into academia; those thoughts produces anxiety and perhaps feelings of depression.  And those unpleasant feelings are not conducive to writing.  As a matter of fact, they are the kinds of feelings that lead to writer’s block.
Secondly, people are always asking me “How long is an optimal writing session?”  What I’ve been telling them is “It depends.”  People are so different from each other.  Some thrive on longer sessions (by a session, I mean a period of time spent writing without stopping to check references, read, find a citation, or read email).  A long session would be an hour and a half with no break.
I usually recommend 45 minutes at the most, although I know of no research reason for recommending this exact length of time.  We know from Robert Boice’s research (Professors as Writers) that writing for several hours actually burns you out and causes you to write less in subsequent days, resulting in a lowering of productivity in the long run.  Stopping and taking breaks with shorter sessions works better, and limiting yourself to 3 or 4 of those sessions a day is usually the most anyone should do.
However, some people simply cannot write for 45 minutes straight. Some can only write for 15 minutes at a time, and some for even less.  After all, there are stressful periods of one’s life, there are parts of the writing that are particularly daunting, and there are people with shorter attention spans!  It doesn’t matter why they can’t write more.  What matters is that people attempt to write regularly in relatively short writing sessions.
The problem is that many of us say to ourselves, “I should write for 45 minutes a day,” or even “I must write for 45 minutes a day.”  But what if we just can’t?  Should we beat ourselves up and hate ourselves?
A much better way to look at it is: You are the experiment and your behavior is the data.  If planning a 45-minute session resulted in your not writing, then you were planning too long a session.  Back it up to 30 minutes.  If you don’t write the next day, back it up to 15.
Sometimes a session must involve one small, but actually quite difficult task, such as:  Open the document.  Writing can cause such anxiety that this simple action is enough for one day.  That’s a fact; it doesn’t mean the person who feels this stuck is bad.  The next day she/he/you can read over what you wrote and make a few notes.  The next day you elaborate on those notes.  Each session lasts for only 5 minutes, once a day.  Then, over time, as it becomes easier, you can lengthen the amount of time.  So you go to 10, then 15-minute sessions.
In other words, you pay attention to your behavior as if you cared about yourself.  After all, if every time you ate a certain food it resulted in you becoming nauseated, you wouldn’t eat that food.  The same is true here.  You’ve done the experiment.  Write down the data and keep track.  If you’re writing successfully for the length of time that you like, then stick with it.  If your session time stops working, experiment with it, note what the data is, and change the variables.
But most of all, be kind to yourself.  It’s just data, not a court of judgment.